It’s called Pencil and it is fantastic! It is opensource software, which means two things: one, it’s free, and two, it has a few bugs… : ) Though nothing that will stop me from using it, and I expect things will improve pretty quickly judging by the care that the developers have been putting into it. I wouldn’t want to use it for any full polished animation, I’ve got TVPaint 7 (a.k.a Mirage) for that; however where this guy shines is being able to pop it open and go! Very un-bloated, clean, intuitive software.

This is a test I did in what I think was about an hour (though it may have been a bit longer… time seems to fly when I’m animating : )

The drawing tool doesn’t produce a clean line yet, which causes me to make “chicken-scratch” lines. But like I said, I’m not interested in this program for it’s quality, but it’s speed. I’d like to write some scripts that lets me cleanly interface it with Maya. Ultimately using it as part of my 3D workflow.  I’ve been wanting to do this since I saw how effectively Jason Ryan (a Disney Animator) works with DigiCel’s FlipBook software, as can be seen here: http://www.digicelinc.com/3D/3danimationJR2.htm

I’m still not consistent with my caricatures, but once in a while I pull off one that I like: 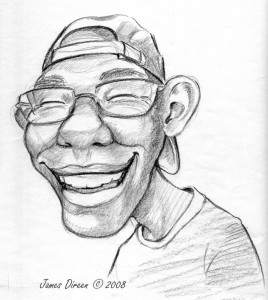 Been a while since I’ve posted… I honestly haven’t been drawing that much lately : (  Been really busy at work and just life in general, but hopefully posting some stuff will get the ball rolling again.

Here is one I exumed from a 2006 sketchbook: 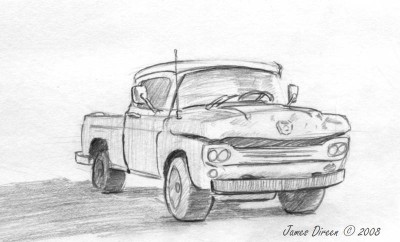